A few months ago, in November of 2015, I was invited to speak at the Hispanic Women’s Conference in Salt Lake City, Utah. It was hosted by the Hispanic Chamber of Commerce, sponsored by eBay and the keynote speaker was Nely Galán. It was an incredible experience to meet her, and a huge honor to be chosen as one of the women showcased in her book, SELF MADE.

The book is inspirational, smart, easy to read and filled with Nely’s energy as she tells us her story. She also brings you stories of women from all walks of life and backgrounds that were able to become self-made. I love how realistic it is; anyone can do this with hard work and determination. It is a wonderful read for anyone hoping to start on the path of financial independence, entrepreneurs, women in particular but men will benefit as well.
There are questions to ask yourself at the end of each chapter and resources to look into. As a fellow Latina, someone who is also self-made and working towards financial freedom, I truly love this book (and not just because I’m in it!) and I know you will too.

Nely Galán is a quintessential maker: She is a Latina media mogul, an entrepreneur, a teacher, a speaker, an Emmy Award winning producer, and an advocate for gender parity. Above all, she is SELF MADE. Dubbed the “Tropical Tycoon” by The New York Times Magazine, Galán is one of the entertainment industry’s savviest influencers. Galán, a Cuban immigrant, worked her way up to become the first female president of a U.S. television network (Telemundo). Throughout her career Galán produced over 700 episodes of television in English and Spanish. Galán was also the first Latina ever to appear on “Celebrity Apprentice with Donald Trump” on NBC—showing on national television that a multi-cultural woman’s place is in the boardroom. After becoming self-made on her own terms, Galán has made it her mission to teach women—regardless of age or background—how they too can become entrepreneurs. Her forthcoming book, SELF MADE: Becoming Empowered, Self-Reliant, and Rich in Every Way, was published by Spiegel & Grau and launched on May 31, 2016. Inspired by the new revolution in women’s entrepreneurship led by multicultural women, Galán wrote the book as a manifesto to ignite the SELF MADE movement, uniting all women on a quest for an economic future they control. SELF MADE is a blueprint and a mindset, but most of all it is a call to rise up and take ownership in ways big and small.

You do not have to look up the ladder to find the self-made woman—you simply have to look around. She is everywhere. From the part-time Lyft driver, to the Etsy store owner, to the unrelenting startup CEO, the one thing all of these women have in common is that they are becoming self-made. SELF MADE is for every woman with untapped greatness in her, who just needs the tools to get started.

Galán is also the founder of the nonprofit The Adelante Movement (“Move it forward!” in Spanish), which kicked off in 2012 and seeks to train and empower Latinas to become entrepreneurs. Soon, not just Latinas, but women of all backgrounds began showing up to her events, a clear signal to Galán that all women, and particularly multicultural women, were leading a new economic women’s movement. The revolution around financial self-reliance had already begun. The SELF MADE book is the culmination of nearly four years on the road meeting and training women, who have collectively become the largest growth engine in the country.

Becoming self-made does not have to be a grandiose feat. You don’t have to look up to find a self-made woman. Just look around you. She’s the stay-at-home mom with a baby who runs an online boutique out of her apartment; the cleaning lady who books through her website and charges through PayPal; the freelance nurse who processes payments through Square; the franchise owner who employs her whole family; the corporate employee who sells her jewelry designs on Etsy; the empty nester who rents out rooms in her house through Airbnb; the baker who promotes her one-of-a-kind cakes on Instagram; the woman who makes Vine videos for corporations with her teenage child; the millennial who is paying off college by driving for Uber. These women are changing the economic future for themselves, for their families, and for generations to come. SELF MADE is a call to action, and it is a leap forward in the economic evolution of women. This is our moment to choose empowerment. 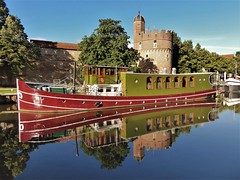